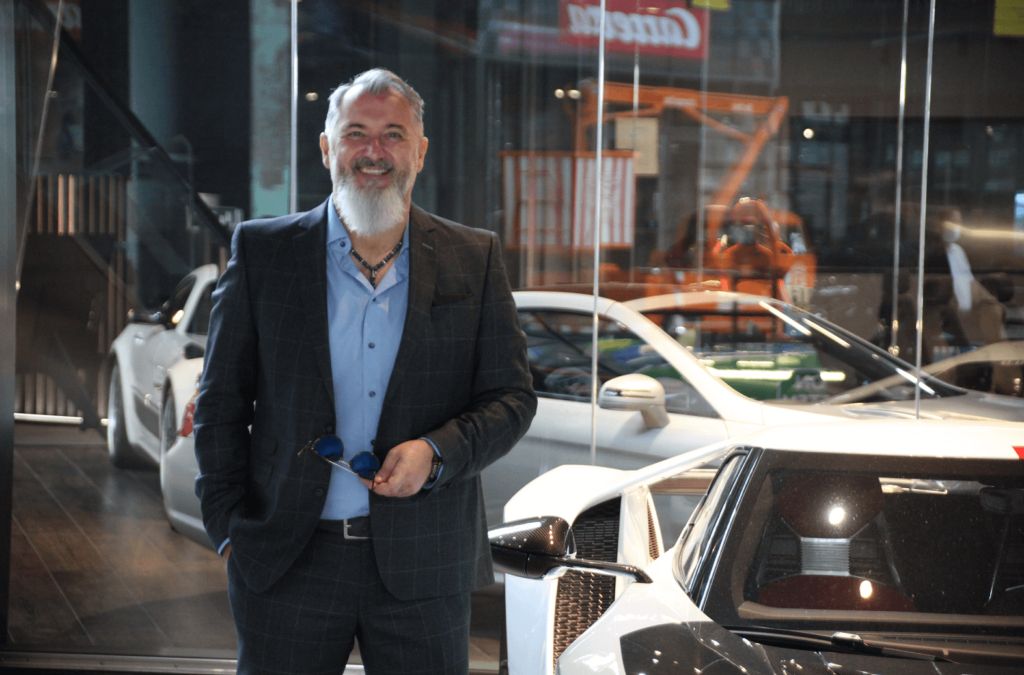 Startup CardioID works on ECG-based biometric identity verification. This is measured and analyzed using artificial intelligence in a smart device such as a smartwatch. CardioID technology recognizes a person’s identity with an emphasis on security and authenticity, providing true identity assurance that cannot be stolen or faked. CardioID has offices in Germany and the Netherlands, as well as a research and development center in the Czech Republic, where it collaborates with the Brno University of Technology. The startup is currently developing its business in the CzechStarter program of the CzechInvest agency.

Robertino Matausch, the founder of the startup CardioID, has been toying with the idea of a better biometric system since he was 18 years old. The problem with current technologies is that they only address key ownership and do not care about who actually unlocks the lock, which is a huge security risk and shortcoming. Ownership of a key does not mean that a person is authorized to use it. CardioID therefore answers not only the age-old question “Do you have a key?”, but also the much more pressing question “Who are you, really?”.

“How I started in the German Airforce was not, to be honest, in Security and Intelligence, but during one – today you would call it a penetration test – I was confronted with the problem of identity. One guy got into the security area with a fake passport with a picture of Sitting Bull on it and nobody stopped him. That was the trigger. Later during my work for Microsoft, Compaq, BMW. Williams.F1 and the World Economic Forum, the same question always came up – ‘Who are you and how can you prove it’. And during nearly 30 years nobody was able to answer it. There were a lot of approaches, but none solved the problem. It is like Edison said, ‘I have not failed 10,000 times — I’ve successfully found 10,000 ways that will not work.’- in this case I learned from others, that is the wealth of experience. You don’t have to make mistakes on your own. It also affects how I look on business. Most startups love the story, we love the product and the impact it has on the real world. The value it brings to everybody.” says Robertino.

Robertino likens the ECG to an orchestra. The heartbeat represents just one instrument, but the ECG measurement works with the whole orchestra of information that the human heart provides. Every person has a different heart melody, and this melody does not change except for serious heart disorders. The ECG represents a door with an unknown number of locks, yet a single heartbeat is all you need to unlock it. This, among other things, opens the way to multi-level security, from one heartbeat to any number desired. Another advantage of the CardioID system is anonymity; the ECG can be linked to everything, yet it does not need to be tied to any other information and cannot be stolen. The artificial intelligence algorithms that CardioID uses are complex and would be incredibly difficult to fake, as simulating the entire orchestra of a unique heart is virtually impossible. Robertino further illustrates the musical analogy by comparing CardioID to the popular app Shazam – Shazam can recognize a song, CardioID can recognize a person’s identity.

CardioID currently works in three different places. The main office is in Munich, sales and business development are in the Hague Security Delta and the research and development centre is in Brno in cooperation with Brno University of Technology. When Robertino was looking for a suitable place to set up his research team he was invited to Prague by the CzechInvest agency to consult on his options in the Czech Republic. He was advised to pursue his goals in Brno.

“One of the mentors I met in Prague, showed me the options in Brno so I decided to have a look andnd I was impressed what Brno had to offer. After that decision I had some meetings with CzechInvest on site, they prepared a list of suitable partners and their main focus of research. The support of Czechinvest was extraordinary. I had meetings with the Brno University Technology and the Masaryk University. Eventually I decided to cooperate with BUT and their team.”  Robertino recalls.